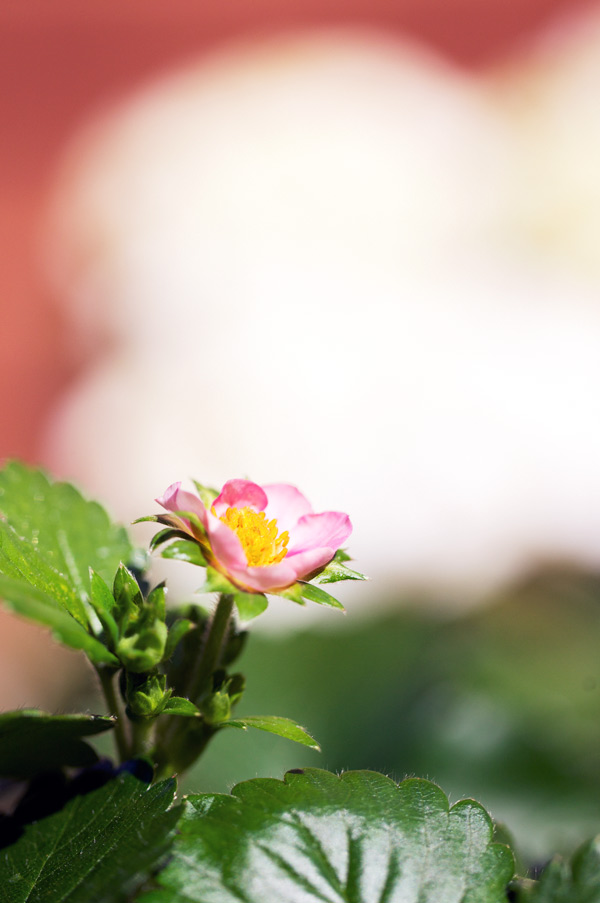 On Sunday morning, I woke up knowing that I had a lot inside me that I wanted to share with you.

But I also knew I wouldn’t have the time.

Truth being said, it was just too sunny and pretty outside, and right at 6 AM, I had made the plan in my head that we were going to pack a quick picnic, go for a swim somewhere not too far, nap and then play in the garden.

Still, if I had taken the time, I would ideally have told you about the pea recipes I’ve been cooking in numbers this season; the tomato and zucchini tarts I’ve baked to take on picnics; the baked apricots we keep craving and never get enough of.

I would have shown you the mulberry tart I cooked last week; the corn soup we’ve been enjoying while having our heads filled with memories of the beauty of Block island; the cookies we have not stopped eating; the tians and verrines I prepared for the weekend of July 4th when friends came over for dinner.

But instead, I enjoyed Sunday. A beautiful summery day. Family and time away from the computer.

I am sure you did too.

Or I truly hope that’s what happened to you. 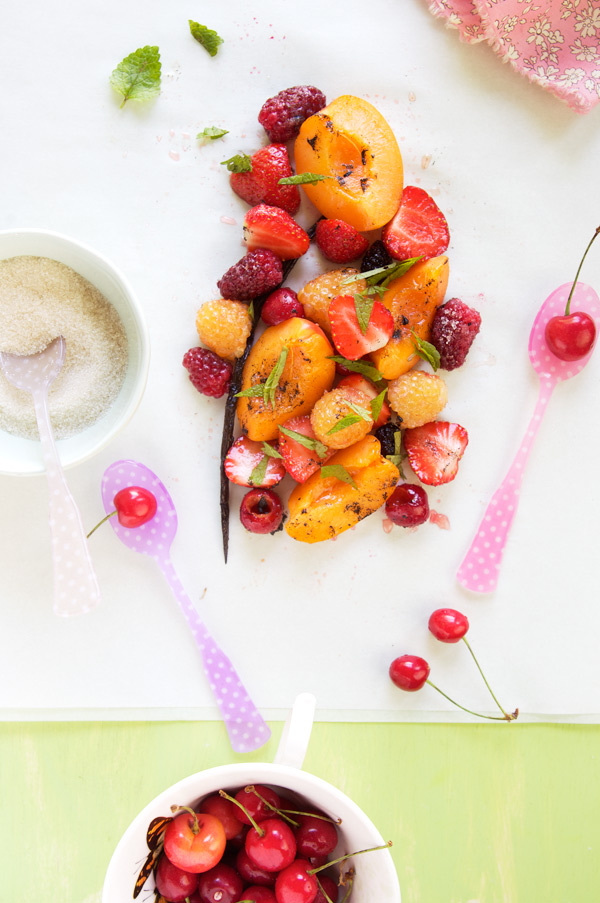 I kept thinking about the fruit papillotes we ate for dinner last night and over the last few weeks though. I thought that you’d like to know about how tasty they were. How easy and quick they are to prepare.

I had even told about my fruit papillotes to my neighbor A. when she kindly dropped by one day to give a few black raspberries to Lulu.

“They are the first of the year,” she had added when she held her hand filled with berries in front of me.

I had felt touched that she had come to share the first crop with us. So I’d promised that I’d write about the fruit papillotes. A similar recipe was even going to be inside my book, but then there wasn’t enough room. 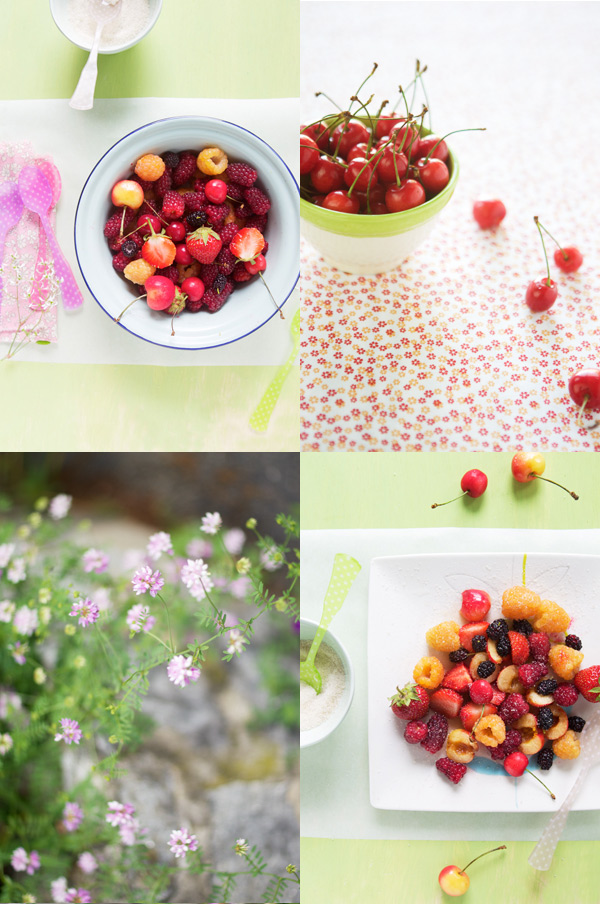 My inspiration for fruit papillotes woke up again in May. After I found a strikingly colorful and beautiful recipe of fruit papillote in the May and June issue of the French magazine Elle à table .

I knew that I’d find many ways to interpret the dessert. With different fruit. Other accents. Yet keeping the same idea: have the flavored fruit steam in its own juice inside a pouch in the oven.

Preparing a papillote is very simple. Making a fruit papillote just as well.

Here’s how I did it.

Toss plenty of mixed pieces of seasonal fruit with a little sugar, vanilla seeds and lemon balm for accented aromas. Let rest, wrap the fruit with its juice inside a large piece of parchment paper, and then cook in a warm oven for 20 minutes. Have the house filled with the aromas of vanilla-scented fruit and sugar. Open the papillote and add one or two scoops of lavender ice cream, or yogurt, right in the middle of the papillote.

Enjoy the beauty of summer scents.

On another note, many thanks to Nikki from Menuism.com for this interview.

And to the Lithuanian magazine Lamuslenis for this feature (see page 162 to 174). 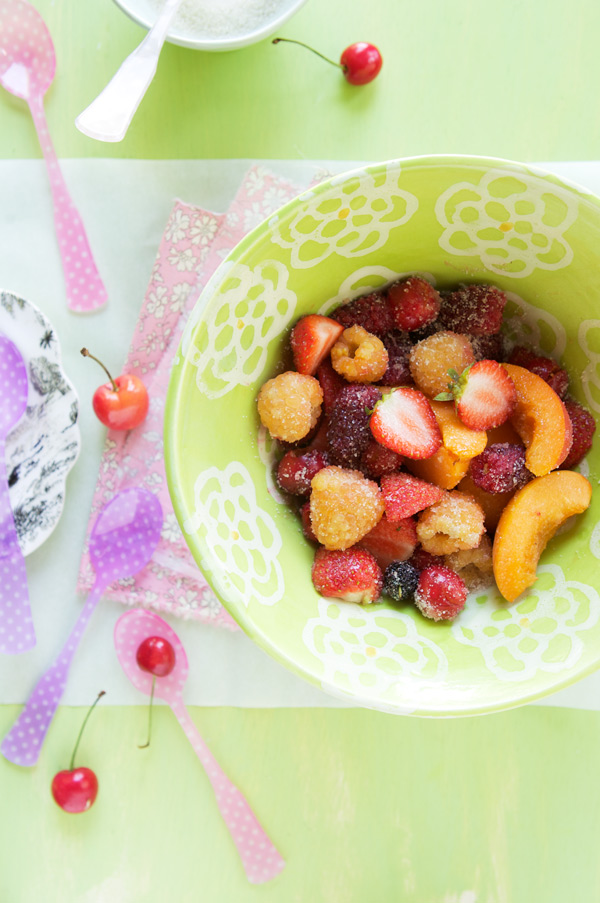 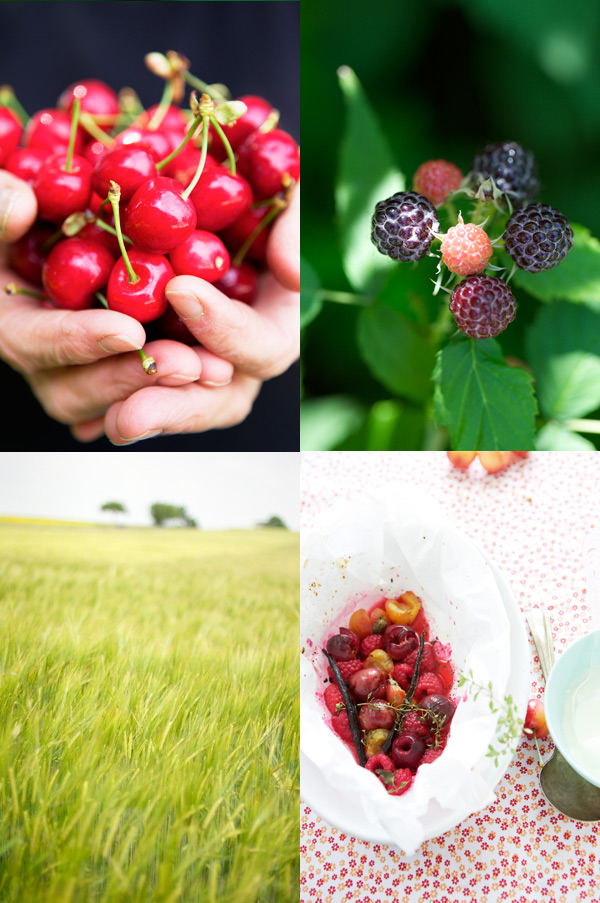 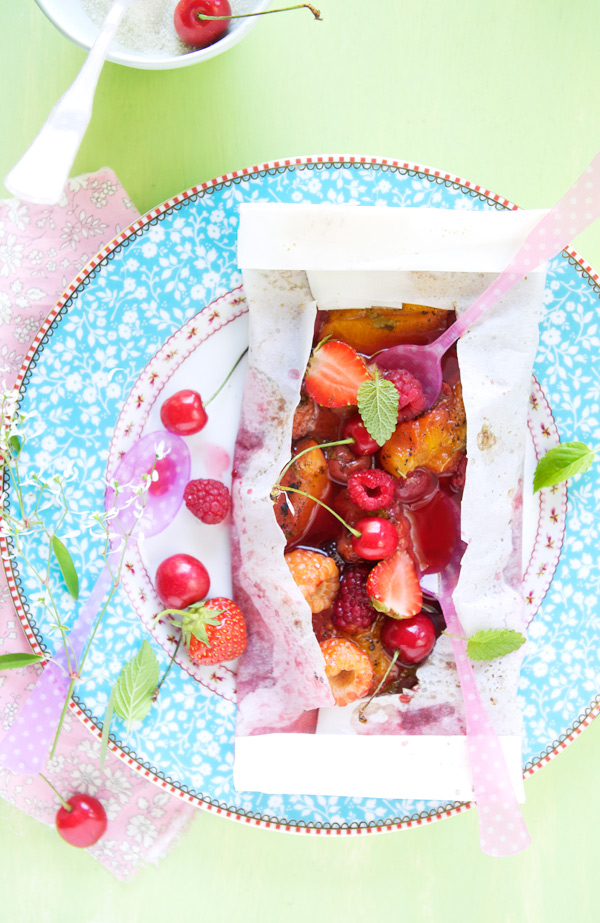