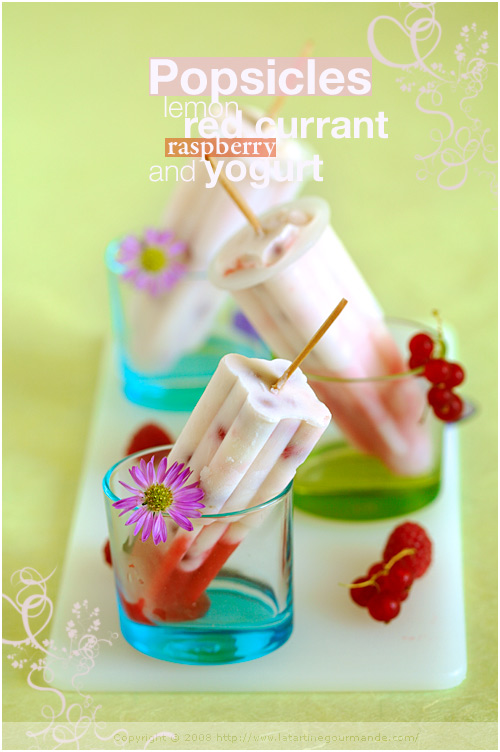 It was hot and humid once again when we woke up on Sunday morning. Where is all this rain coming from: frankly, I have no clue. The hurricanes down South? But I like the fact that it keeps our grass and parks green, and our river beds full.

Thank God it was Sunday too because both P. and I felt somewhat lazy. There was not going to be much activity in the house today.

Besides cooking, resting, and eating.

“Where are you already going?” P. said when he saw me put my shoes on while he was finishing a bowl of cereals.

He did not know it yet but I had been planning a few dishes for our day. Lunch would be easy: there would be a salade niçoise à ma façon, with the lovely bunch of haricots verts fins (string-like French beans) I bought the day before, organic fingerling potatoes, eggs, cherry tomatoes, anchovies and tuna marinated in olive oil.

And for dinner, I was planning to cook a squid and artichoke risotto.

The thing is that I really wanted to show you this risotto recipe. Because in fact, it was quite scrumptious. But I did not have the time, or the energy, to take pictures so late in the evening. Besides, P. and I ate the whole thing. Of course, I am already thinking about making another one soon since I still have leftovers of my vegetable broth — I confess, I’ve had a thing with risotto lately since we ate another one on Saturday night, made with bay scallops, spinach and saffron. Perhaps I will be good and take pictures then, and even write down my recipe.

But for now, let me talk to you about popsicles instead.

Quick to make, refreshing, no fuss — I still don’t know how I managed to take pictures! I initially did not think I would even bother to write a recipe because there was no recipe to start with. I had Greek yogurt handy, some raspberry coulis from another dessert I made the day before, red currants, lemon and sugar. I let my imagination wander and simply tossed the ingredients together, preparing them to taste. The recipe below is only guidelines.

The popsicles came quite handy to finish our simple lunch.

It really was actually!

For another similar idea, last year, I made those popsicles, do you remember? 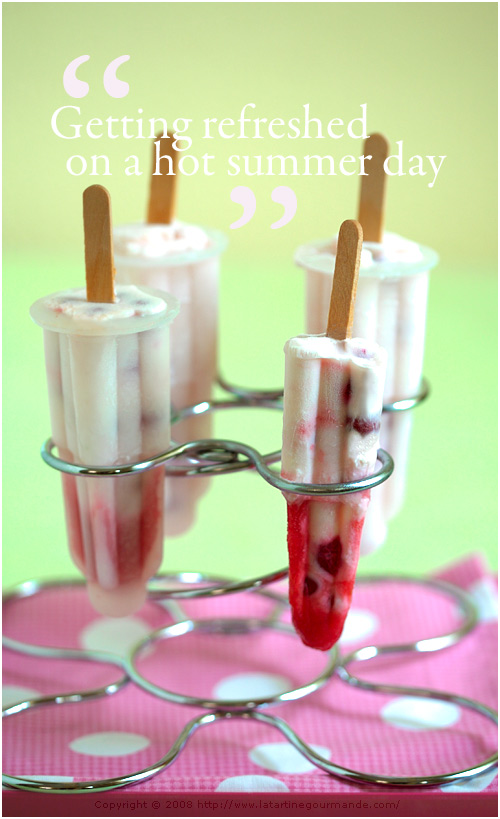 Easy Lemon, Berry and Yogurt Popsicles
For 6 popsicles
You need: