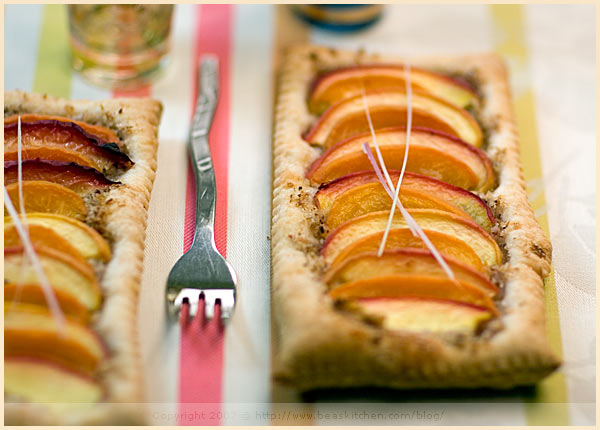 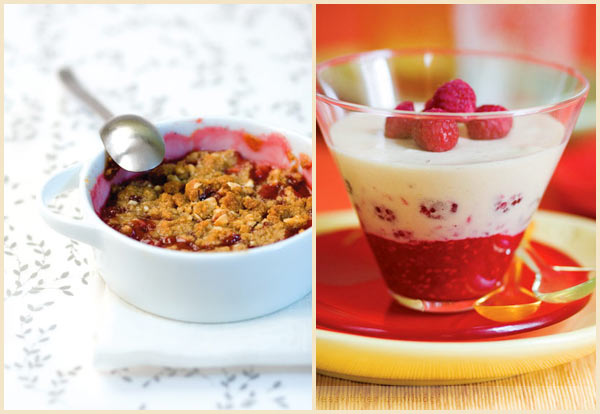 The art of bringing food styling and food photography into the life of a food blogger is challenging. Seriously! We all know this, don’t we? Every single time we want to share a recipe with the world out there, we do it. Of course, we are not equal in front of the task, and depending on factors such as patience, desire, talent and time, not even to mention camera equipment, the results vary. Our photos are sometimes wonderful — sometimes happy accidents too, thank god — but they can also be a pure catastrophe. But as P. always likes to remind me of whenever I feel frustrated, wishing to give up, the importance is to have fun. And, how much fun it is to style and photograph food. Not quite that simple, as I have seen at the International Food Styling and Photography Conference I was lucky to attend last weekend, but so rewarding in the end.

In fact, I must admit that unconsciously, I always knew that I liked food styling and photography. I would not have so many food magazine subscriptions otherwise! It became however more obvious when I started my food blog about sixteen months ago (oh yes, I counted the months). As I have strolled along, self-teaching and learning, reading, bookmarking, testing, cooking as I had not before, what a fantastic education it was to meet so many people whose profession is to be a food stylist or food photographer. There were so many of them! About two hundred people attended the conference, making an international crowd of us as I met people from Mexico, Greece, Venezuela, New Zealand, England, South Africa and Australia, to name a few countries. When we finished the last session by early afternoon on Monday, my head was spinning with fresh ideas and lessons newly learned, and I felt eager to try as soon as possible to apply them in my kitchen and space.

“Which one do you like more? Styling food or Photographing Food?”

Maybe yes! Because here is a fact. Rare are the times when one person is both. Not that this is impossible — and I do not want to have to think I need to choose — but the reality is that when jobs are big, the work is just overwhelming too large for only one person. Plus, each profession definitely requires a totally different set of skills. A photographer might have no clue about cooking, whereas a food stylist obviously has to. Most of a time, a whole team is needed to work on a food photo shoot. The team usually comprises a prop stylist (but not always as we heard Caroline and Linda, two amazingly talented Australian food stylists, add), a food stylist, a food photographer and an art director, with assistants sometimes too. And, as stated by Neil Martin, a designer and art director working at Hill Holliday in Boston, because everyone plays a specific role in the success of the photo shoot, he or she should stick to their respective job to avoid a huge cacophony. 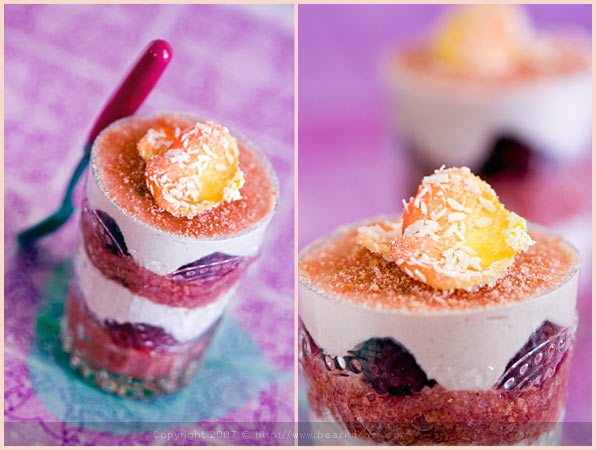 We heard inspiring presentations. We discussed the current new trends in food styling, we met Teri, a gifted and funny food photographer working in an amazing studio in Cincinnati (both Lara and I thought to ask him when we could move in, especially after we saw the walls of props in his studio), we were entertained by a fabulous funny presentation by the Gourmet magazine team represented by food stylists and editors Maggie Ruggiero, Ruth Cousineau, Paul Grimes and staff photographer Romulo A. Yanes — and they really made me wished I worked there — we had our breath taken away when admiring the beautiful food imagery brought to us by talented Australian food stylists Linda Brushfield and Caroline Westmore, and American female food photographers Francine Zaslow, Deborah Jones (she is the skilled photographer who worked on The French Laundry and Happy in the Kitchen Cookbooks which I have copies of) and Beth Galton (with whom I was so happy to have lunch with), and we were given an educational insight of Molecular Gastronomy by inspiring Harold Mc Gee, the author of On Food and Cooking: The Science and Lore of the Kitchen. As you can already see from this list, there was a lot of information to cover, and I did not even mention it all! I was delighted and lucky to spend a lot of time with Lara, meet Nika for the first time, and be introduced to generous and friendly Lisa Golden Schroeder, one of the organizers without whom none of this would have happened (food stylist John F. Carafoli being the other major contributor to organizing the event). We (Lara, Nika and I) had a delightful lunch with a few food stylists, including Debbie Wahl and Melanie Dubberley who showed an amusingly strong interest in food blogs. What they did not know is that we were quite shy about it. “What do you do? ” “Moi euh, food blogger.” Now of course, you would expect that I would have brought back many a photo. My initial intention was to indeed. Do not ask me why but it simply did not happen. I tried at the first presentation but soon gave up as it was clearly getting in the way (so the images in this post are some of my own food pictures, styled and shot at different times). Notes, on the other hand, I have, as I had my ears and eyes all wide open. Let’s take a look, if you are interested in the journey.

The conference opened with a presentation given by a panel of international presenters, to give us an overview of what happens on the international scene. Between Mexico and Greece, to Australia, we saw the work of Ignacio Urquiza, a Mexican photographer, Michael Athanasiou, a Greek food stylist and Caroline Westmore and Linda Brushfield, two Australian food stylists. And we learned that in Greece for example, the food does not need to be natural or authentic to be shot. The advertising images that Michael showed displayed fake ice cream, and by law, this is totally fine in Greece. In Australia on the other hand, as explained by Caroline and Linda, everything has to be natural and real. I do not know about you, but I know instinctively where my preference goes to, without hesitation!

The second class was a Master Class in Styling Chocolate taught by Melanie Dubberley , a food stylist that specializes in chocolate. A few basics on working with chocolate were covered, such as tempering, making ganache and creating chocolate garnishes such as cigarettes, twirls and baby curls. We learned about what utensils to use too (and where to find them), as well as making sure to work in the best temperature condition (which, in Melanie’s experience, goes around 68 to 72 F). She was challenged with it as a matter of fact as the room where the class was held was much warmer. Right there, we had the proof that it made things much more difficult.

I attended a few sessions where we discussed the new Food Styling Trends, between fashionable colors used and ways to compose the images. We heard the following:

We were inspired by the work of talented Boston-based Francine Zsalow and Darra Goldstein, the editor of Gastronomica, who both confirmed my belief that the best way to stay inspire is to visit art galleries often, be curious about the forms and shapes of food. The inspiration is right there, in front and all around us. Darra’s presentation was particularly an eye-opener, breaking all preconceptions about how to showcase food. As opposed to glossy magazines where the obvious tendency is to show the beauty of food, Gastronomica is going take us to a much deeper level, when we are introduced to images that focus on forgotten areas such as decay, eroticism, form found in food. When her presentation was over, I felt like rushing to an art gallery.

We learned to become a better food photograph critic after food stylist Delores Custer and photographer James Scherzi led a discussion on what makes a great photo. They cleverly walked us through a photo session where they presented the same photos styled slightly differently (as did Deborah Jones when she demonstrated to us the importance to keep trying with a photo until one is truly satisfied with the end result). Small adjustments, whether in the camera angle or prop and food placement can have a bigger impact than one thinks. Also, I loved the comment she made when asked to share her experience working with chefs. “They like to think vertically and style their food this way“, which does not always work well in pictures. It was definitely fun to compare the same shots, one styled by a professional food stylist, one styled by a chef. A totally different look on the way to emphasize the shapes of food (and in many cases, the best picture would have been styled by a food stylist and not a chef).

There were also a lot of funny moments and really great laughters during these presentations, such as when Maggie Ruggiero, Paul Rimes or Shirley Corriher (whose book Cookwise is the promise to learn a lot about tricks and understanding the science of food) spoke. Art director Neil Martin’s last few words made me smile too when he concluded his presentation. He shared with us lines which, he added, he must have heard hundreds of times on a professional photo shoot.

Context: when assessing the quality of the pictures taken on a photo shoot, you would hear people say:

Amazing, inspiring, fun, overwhelming, I cannot wait for the next one, and mainly to put into practice all the things that I have learned.

Food Photography and Food Stylist are true forms of Art. This conference was the vivid proof of it.

And because I am often asked about my camera equipment, I thought this would be a good time to speak about this here. Although I dream of owning a HasselBlad like Stretch, I currently shoot with a Canon 30 D. My lenses are a Canon EF 100mm f/2.8 Macro USM Lens, a EF 85mm f1.2L II USM Lens (my new birthday present) and a EF 50mm f1.4 USM Medium Telephoto Lens. I use natural light as well as bounces and boost the light when I need to. Light is everything for the photographer. Finally, still speaking of food photography, both Lara and I are honored to be part of the presenting team of the BlogHer Conference held in Chicago next July, where she and I will be speaking about Food Photography. If you are around or going, I look forward to meeting you there. 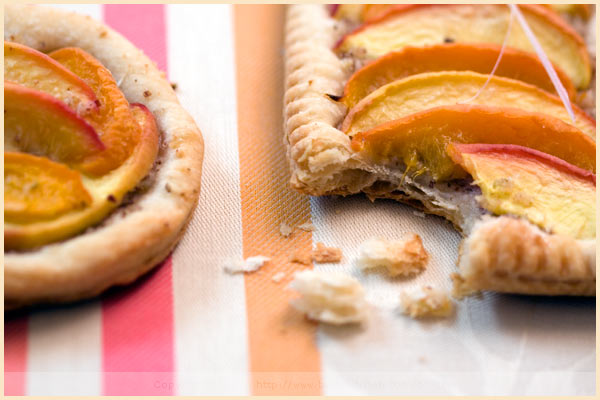