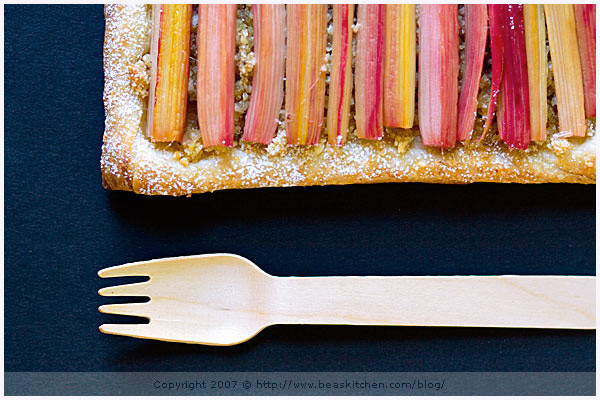 Every Sunday, my parents used to follow a ritual. Hearing them say “on va au café” one hour or so after lunch only made sense for a few families in our small rural village. Indeed, it was not said in the usual meaning of the words. They actually did not intent to go to the café in the village but instead and no matter the season — although in summer it tended to happen less often — they would walk to a friends’ house for a social afternoon drinking coffee, eating dessert and chatting about the latest news. Each week someone else would host and clearly, the highlight for my brother B. and I was to anticipate what desserts would be made. This was all we cared about. When we were the hosts, my mum often asked me to prepare the desserts, adding casually “Tu les fais de toute façon mieux que moi ! ” (You do them better than I do anyway). I suspect that she was just being sweet, hence allowing me to use some of her space in the kitchen. And I am so thankful: this is how I learned to bake back then. Because I preferred them by far, I typically prepared sweet fruit tarts, varying in flavor according to the fruit in season. Whenever possible, we would use fruit freshly picked in our garden, between apples, quetsches, mirabelles, cherries, reine-claudes (greengage), berries of all sorts and rhubarb. You might find strange to believe this but between my mum and her two friends Monique and Jeanne, even with my eyes blind-folded, I would have been able to guess what tart belonged to who. Each of them had a specific taste, a je-ne-sais-quoi that was clearly speaking of each woman’s method to bake. Jeanne’s tarte à la rhubarbe and tarte aux quetsches were some of my favorites. Her touch with them was special. I was particularly fascinated by her dough and the perfectly balanced sweetness of the fruit that allowed for the acidic flavor of each fruit to dominate, without the need of eggs or cream. Every time it was Jeanne’s turn to host le café du dimanche, I was secretly hoping that she would bake a tarte à la rhubarbe. 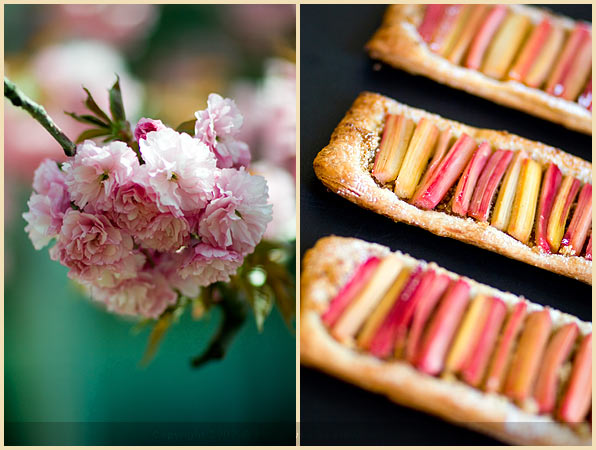 I remember my impression the first time I had to buy rhubarb. Especially after I noticed its unwelcoming price. “Excuse me, but this must be a mistake, non?” I told the tall man I was used to see busy arranging the vegetable and fruit display in my local store. “It cannot be that expensive!” Didn’t people know that it could almost grow like a bad seed? Une mauvaise herbe ! Every spring, we used to have so much rhubarb that it was hard to keep up with it and know how to prepare it. We must have tried everything. And, when we grew tired of making rhubarb tarts, we would spend afternoons preparing preserves: compotes (stewed fruit), jams and syrup.

Of course, with this time gone by now, rhubarb has become a special treat for me, because even finding it can become a challenge. “No, we have a hard time getting it,” my vegetable man told me when I asked him if they had any on a recent visit to the store.

Contrary to common belief, rhubarb is actually a vegetable and not a fruit. Rich in vitamin C, this perennial plant is also full of dietary fiber. Like many I am sure, I have learned to eat rhubarb diced in tarts, with an egg/crème fraîche/sugar mixture. But many recipes vary according to regions and countries. In Alsace for example, it is typical to find rhubarb tarts with meringue on top, prepared similarly to a lemon meringue tart. My preferred recipe, however, is when I am able to skip these two and instead, keep this acidic vegetable almost intact so that it shines like a jewel, showing its beautifully complex array of colors and taste.

I started by cutting the vegetable in long sticks and sprinkled it with sugar so that it could loose some of its water — this step helps with the cooking process of the fruit. Then, instead of the commonly used eggs/cream/sugar mixture, I chose to top puff pastry with almond flour mixed with brown sugar flavored with vanilla seeds and freshly grated ginger. And the result? Maybe not Jeanne’s tarte à la rhubarbe, but a revisited zesty and gingery rhubarb tart that left me truly satisfied and happy. But then, this was quite predictable as I am a known sucker for rhubarb under most forms.

And if you are like me, you will hurry to go mad with rhubarb as long as it is in season. I am not looking forward to waiting until next year when it becomes available again! 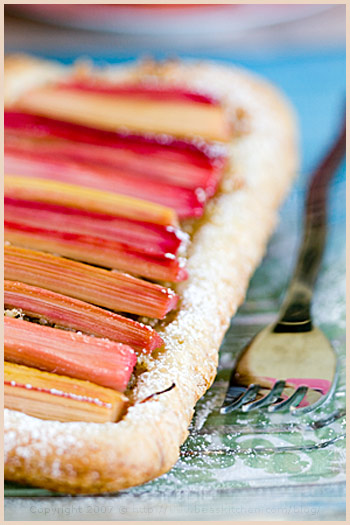