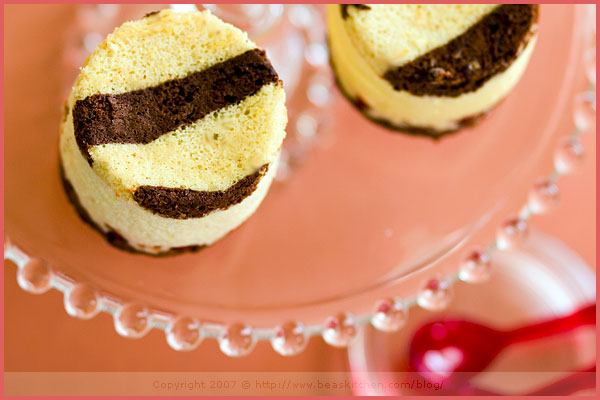 I remember one of the last times I traveled to France because of my luggage.

“Why is your bag so heavy?”, P. asked me when he saw me come down the stairs trying with difficulty to carry my oversized metallic-grey Victorinox suitcase.

“I have parts of a Jeep in it. Four shocks, front and rear. Don’t say anything! I think I have become a real Jeep expert by now”, I replied.

I do not know how I managed to be doing this once another time. I had told my brother B. that I was not going to bring Jeep accessories for him, the next time I was traveling to France. But I did. So of course, now every time I come to him and ask that he sends me pastry supplies, what do you think happens? He is thrilled to do so! We have a deal. He asks for Jeep’s parts, I ask for harder-to-find foods.

Back in summer last year, I had asked B. to send me gavottes, which sounded pretty crazy considering that he was going to pay twice as much shipping as the price of the biscuits themselves. But we did not care, as I had then a pastry project in mind. Gavottes are in fact extremely common in French supermarkets, and cheap. What are gavottes you may ask? I myself had not come across the name and wondered what they were. I asked Mercotte where I had seen her use them in some desserts she prepared. She kindly told me that gavottes were also called crêpes dentelles, which immediately made more sense. I remembered the many occasions when I ate some with desserts in restaurants while growing up. 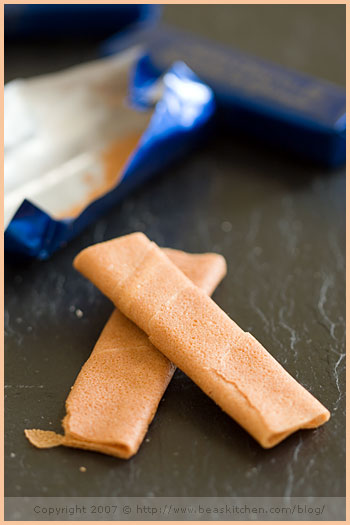 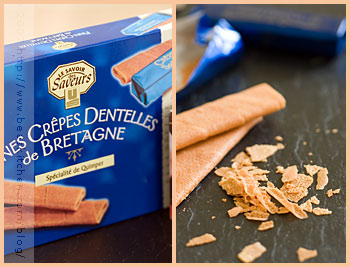 Gavottes are a specialty from Quimper in Brittany. Their story takes us back to the time of King Gradlon of Cornouaille to whom these lace-looking crêpes were first introduced to by the hermit Saint Corentin. These crêpes are rolled into thin crispy biscuits, served with desserts, mousses or ice-creams, and are very common anywhere in France. But they can also be use in place of feuillantine when they are crushed and melted with chocolate, hence giving crunchiness to many desserts and cakes.

With my precious gavottes handy, I had everything to complete my baking project. You would think! However, life took its course, days went by and I eventually postponed, and forgot. Until recently when I was suddenly reminded after opening the left cabinet by the fridge, where the gavottes had been waiting to be used during all this time. 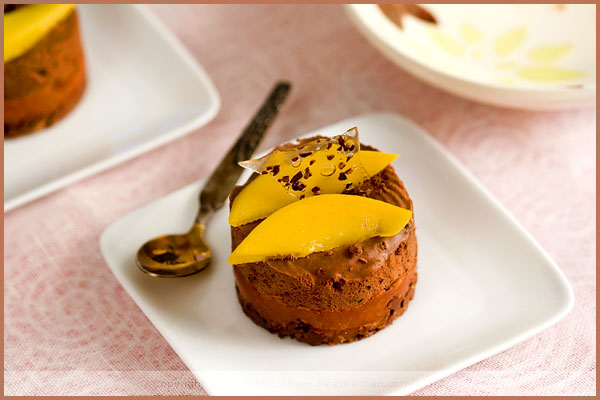 If, like me, you spend so much of your free time reading food related material, you cannot but want to create and try new things all the time. Ideas never fail to bloom thanks to many talented food bloggers providing fantastic sources of inspiration. I often think, “oh she did this, I want to try” “what a cool dish he made, I will do it soon too”. Sometimes I try almost right after I make a note of a recipe, sometimes it takes time. And sometimes, I use new skills learned here and there to make something totally different, yet related. Like Art, in the food realm, we keep reproducing and changing what exists already. Creating is a drive.

When I thought about the concept of this dessert, I really did not know what the end result would be before I was actually done with it. Oddly enough, it happened spontaneously. I had initially intended to do something totally different, but as I worked my way into the design of the dessert, for some reason, I ended up with this Chocolate and Lemon Cake. I decided to be playful!

Both Mercotte and Loukoum inspired me, one with a great-looking cake she recently made, the other with delicious-looking sweets she is known to be making well — I had already successfully tried this one a few times and knew I would love it again. 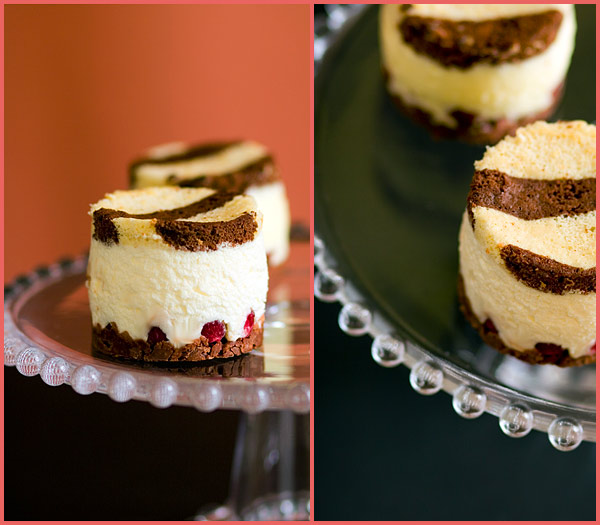 As hard as I tried to stay away from using chocolate, I was instinctively drawn back to it. The predictable happened. Lemon being one of my other favorite flavors in sweets and desserts, I decided to combine the two together. Three components made the cake: a light airy lemon mousse contrasting a crunchy praliné base, made of melted chocolate with gavottes, and a lemon/chocolate zebra génoise (sponge cake). I added a few fresh raspberries as well. The dessert had not been planned this way but as it eventually happened, I was happy with the final outcome. 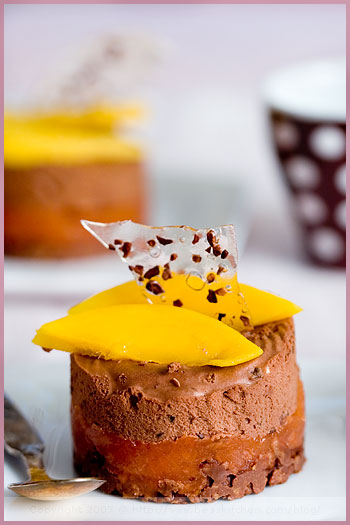 In fact, I liked to play with the idea so much that once I was fully warmed up and inspired, I prepared a second dessert, this time with a grapefruit jelly and a dark chocolate mousse, and a third one. Mind you, not in the same day or evening, I am not that crazy and obsessed! Practice pays off! In the end, the possible flavor combinations are endless and it is up to you to decide how playful and creative you want to be. These are a lot of fun to make, and even better, to eat! With Lemon, Chocolate, Raspberries, three of my favorites sweet flavors, it was a piece of Heaven brought on a plate.

PS: if you had problems finding gavottes (sold online see link in ingredient list), I am sure thin-looking and crumbly biscuits would work well. You might already have ideas for a substitute! 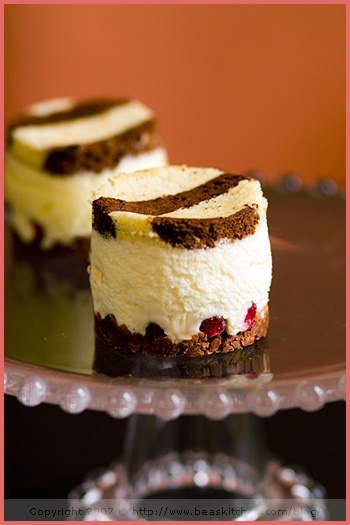 For the Chocolate Crusty Base :

For the Lemon Cream:

For the Zebra Cake: