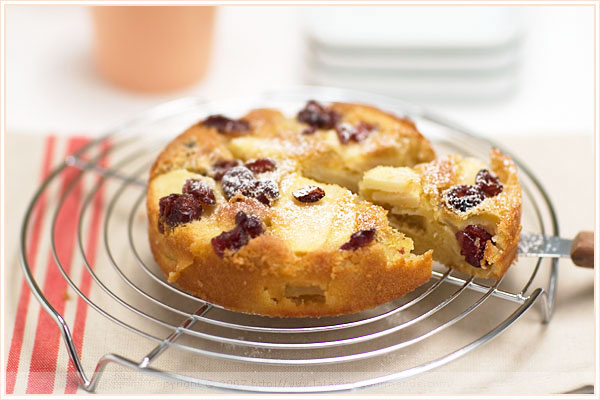 He stood six feet five inches tall with an impressive frame. I liked the soft smile that always lit up his face, even when he was somewhat upset. I had been often told that, when I was three years of age, he used to tease me with his bristly mustache and beard. “Mais ca pique,” (but it prickles) I used to whisper in my mum’s ear every single time I was asked to kiss him good bye. Since I was the only petite-fille (grand-daughter) he had, I was also his little chouchou.

My grand-father was a man that loved the land, la terre. After all, he was a farmer, and this is probably from him that I have drawn my love for nature. With him, I have learned to enjoy the smell of hay on a warm breathy summery day, the sound of autumn leaves rustling under our feet when we strolled in the forest during autumn, or the exhilarating feeling of returning home with our boots covered with dirt, after walking for long hours in rain-drenched fields. My grand-mother would then always tell us off when she saw us come back filthy, with his two short Teckel dogs following; we would smile when she had her back turned, amused and feeling complicit.

My grand-father’s name was Henri and he was my father’s dad.

“Il faut que vous veniez cueillir les pommes,” (you have to come to pick the apples) he used to tell us when, every year by early September, his Reine des Reinette apple trees were full of ripe fruit. They were not the most beautiful looking apples in his orchard, but he was extremely protective of them. I quickly grew as fond of them as he was. These apples were special indeed: they meant homemade tarts and compotes which my mum would bake during many afternoons, or slices of the raw fruit which we would add to fromage blanc with raisins, giving us enough good excuses to drive the short ten kilometers between my parents’ house and the village where my grand-parents owned their farm and large verger (orchard). 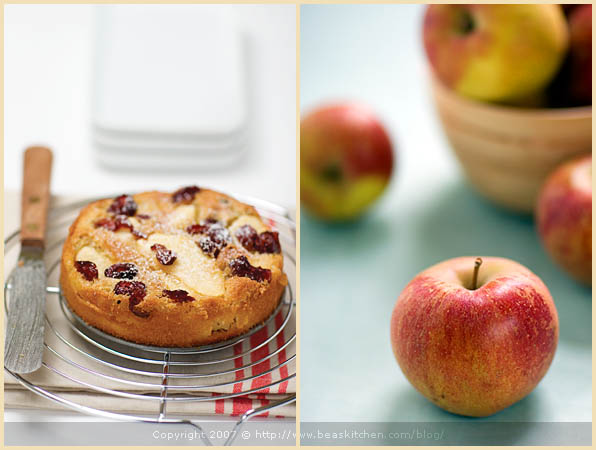 The last time I ate reine des reinette was at my brother’s house in October. Remember? During a whole weekend, he kept bugging my sister-in-law and I to pick the apples.

Was he really asking like my grand-father H. used to? We laughed a lot at the thought, shouting back “plus tard” (later) from the back garden where she and I were lazily lying in long chairs. But truth being said, since I do not have many opportunities to eat this apple variety anymore, I was quite thrilled to help him with the chore. La reine des Reinette is indeed a real queen.

Although reines des Reinette are common apples in France, this is not the case in the United States, at least to my knowledge. But recently, luck was on my side. A few weeks ago, when Bonnie B. emailed me to ask whether I would be interested in attending a special Heirloom Apple event held in Boston, my curiosity was picked.

“We will have reine des Reinette,” she added. “Amongst many other varieties.”

I could not miss this!

But unfortunately, the event happened while I was at the food styling workshop in L.A. At first, I felt bummed. So I pondered, trying to find a way, and soon enough, an idea crossed my mind. I emailed Bonnie back.

”Can I have a few bags put on the side for me? My husband will come and pick them up.”

** Heirloom apples are usually defined as those in cultivation for 100 or more years. Sometimes considered less pretty by modern standards, they are however much tastier than new varieties. They are truly unique. 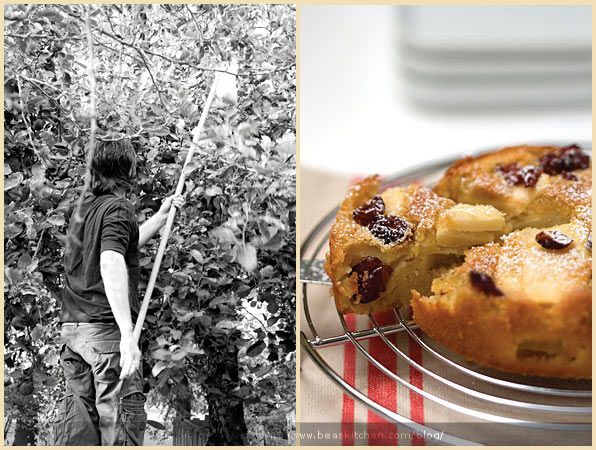 My brother and his apples; the cake

With a smooth, shiny outer skin, the reine des reinette is the best apple within the Reinette family. Its color ranges from gold yellow, when the fruit is mature, to orange red, which is the sign of longer exposure to the sun. Its white flesh is slightly acid, but deliciously sweet and juicy. Although this apple is excellent eaten raw, it proves even better when cooked and used in stews or tarts. It is typically harvested between September to late October, but keeps for a few months when stored properly in a cold room.

In arboreal nomenclature, the word Reinette is a symbol of excellence. It has been used for over 4 centuries; Charles Estienne, who was a horticulturist, was one of the first person to mention it, in 1540. 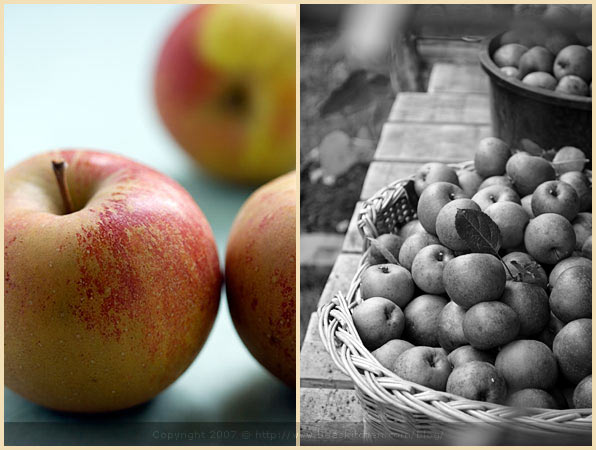 “Où sont les pommes ?” (where are the apples?) I asked P. as soon as I walked in the house last Monday night, just back from the airport.

“Elles ont l’air bonnes,” (they look good) he had told me on the phone when I had inquired about them. I was worried that he would forget to pick my Reinette apples.

They were just as I remembered. It was my first time seeing reine des reinette in the United States. It felt cozy and familiar, and nicely strange as well. For a second, I almost forgot where I was. A first time is always peculiar.

I ate the first one raw, taking my time to savor every bite of the juicy flesh. Deep inside, I was already hoping that my two bags would last me for ever. And the next day, I decided to bake a cake. I made it simple: I wanted the taste of the apples to stand out.

While it stayed moist, this cake somewhat resembled a thick apple crêpe. Do not expect a high risen cake, or you might be disappointed. Instead, imagine layers of apples wrapped in a cooked light, sweet batter. I used quinoa and brown rice, making the cake gluten-free, but should you have difficulty finding these flours, white flour would work as fine.

“Y’a encore du gâteau que tu as fait hier ? J’ai un petit creux.” (Is there still some of the cake you made yesterday? I feel like a nibble.) P. asked me.

There wasn’t any more cake. Of course not! But since I felt as keen as P. to have the taste of the apples again, I did not need him to twist my arm to bake another cake. La reine des reinette is my queen apple, after all.

Just as much as it is for both my grand-father and brother who, I am convinced, would have enjoyed a taste of the cake too. They both know that la reine des reinette never disappoints, and cannot wait. 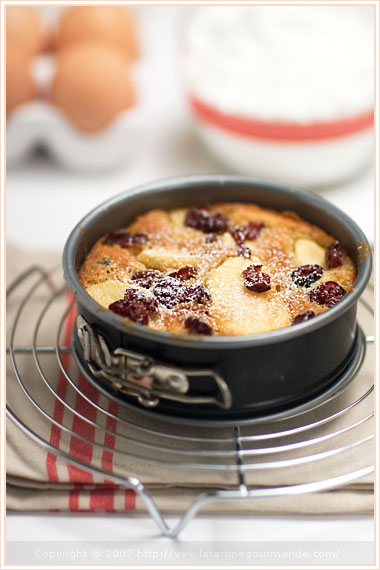 *Substitute with regular white flour if you cannot find these flours