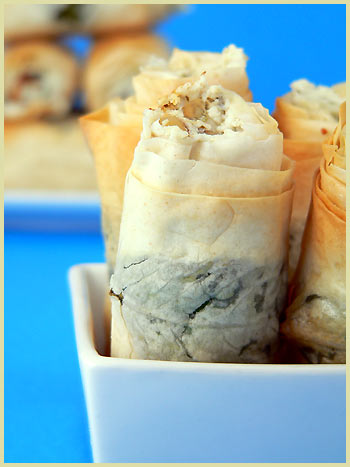 When my brother and I were kids, we used to pretend that we could smoke like adults. Yet, he and I could not stand the smell of any cigarette nearby. Of course, in a country like France, especially almost thirty years ago, that was nearly impossible. To make it worse, both my parents smoked a lot. And I mean a lot! Comme des pompiers ! (literally smoked like firemen, which, I am told, is really the translation of smoked like a chimney — Don’t you love to notice the differences in images used in each language? We French speakers think about “firemen” when English speakers think about “chimney”). So my brother and I always wondered how we would have them stop. Until one day…

As much as I loved to go on trips far from home, Benoit would not consider going anywhere. He was just happy to stay around and hang out. So when the usual middle-school trip to England came close, he simply refused to go:

(why would I go? Besides, we don’t eat well in England!) is what he would argue when my parents tried to convince him to go!

(Ok, I will only go if you stop smoking!) The day that followed this conversation, my parents stopped to smoke. There was never another cigarettte to be found anywhere at home. Benoit went to England and stayed with the only host family from the entire group where the father was a pastor. He delightfully reported that he ate well while most of his friends complained all the time, but added that every morning, he had to follow the family ritual morning prayer. And that was something for him to do! Of all the people, I wondered why this had to happen to such a non-believer as he was! Well, I was happy; my parents had stopped to pollute the air with the bad cigarette smell we hated so much.

But I still remember us fooling around, and roll crêpes as if they were cigarettes we wanted to smoke. I guess there is a certain pleasure to do that kind of thing.

While I remembered this story, I thought I would use it for what has been going on these days around here, and there.

These past few days, I have been more nervous than usual. Weird as I live in a country where the thing that makes me nervous is really not much talked about here, unless you come from South America or Europe generally speaking.

While driving back from Maine yesterday, to be home by 3 pm sharp (USA EST time) to watch the France/Portugal game, I called my dad and asked :

Well, unlike my mum, I watched the game and was really nervous. Why I am doing this to myself is the big question. We won but phhh, it was limite! And it is not yet over as Sunday is really the big day! I decided that I would need to prepare some kind of snacky, get-the-nervousness-out type of food. And why not to make it blue, just like les bleus? Cheesy! I know! I reckon that it even probably looks more Greek than French, with this shade of blue, the feta cheese, filo pastry and mint mais tant pis ! (too bad). C’est l’idée qui compte ! (it is the thought that counts!) After all, I should add that I come from a family where my dad used to coach the local soccer team, and both he and my brother used to play a lot! 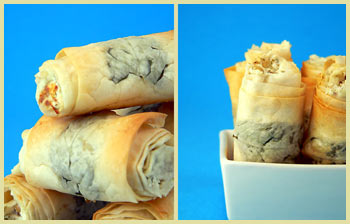 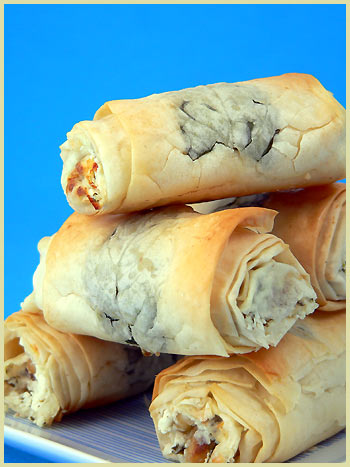 This recipe is from the magazine Régal, a real success if you want my opinion. Definitely a dish that I will make following my imagination, in a lot of different versions, now that I have tried my hand at it.

Feta And Mint Cigarettes
(for 10 cigarettes)