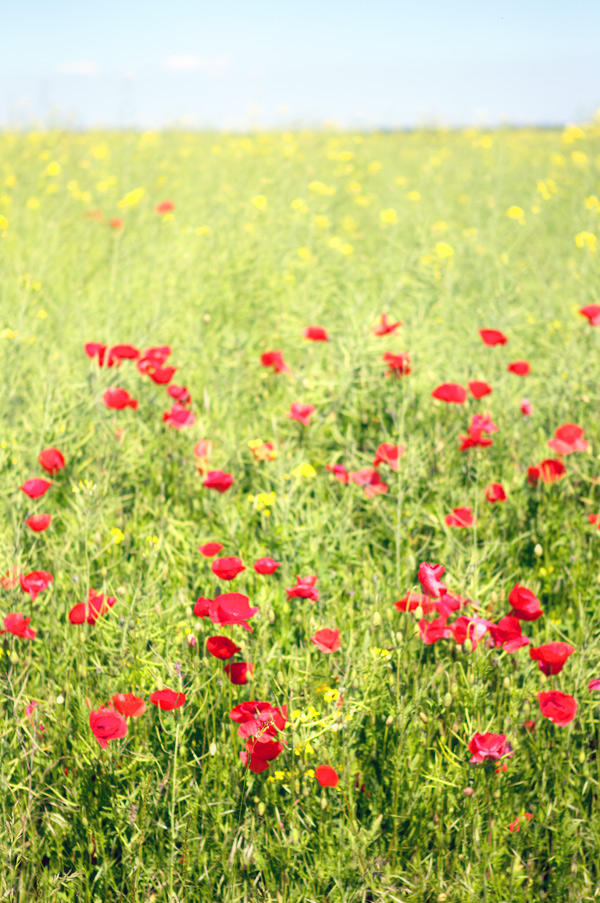 The church bells rang four o’clock. The afternoon felt warm, certainly less cool than some days we’d had in May.

“Bing bang!” Lulu exclaimed with a smile. She was already used to the cyclical pattern of the church bells in the village. No matter the time of day. One o’clock. One thirty. Two o’clock….I pulled out a blanket and arrange it under the cherry tree where we sat. 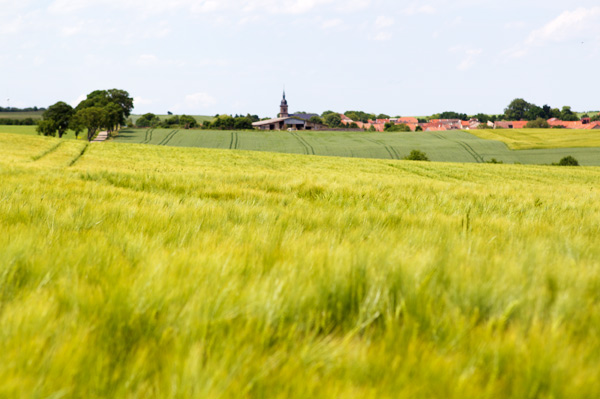 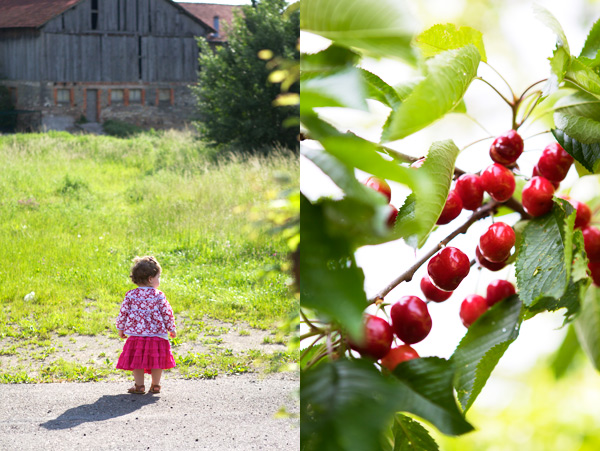 Lulu was busy collecting pebbles that she dropped, one after another, in one of the small metallic buckets my father likes to keep outside. The air was filled with a light breeze that was moving gently between the leaves, which caught her attention. I looked up at the patches of red nested in the foliage, which indicated that the cherries were ripening…finally… 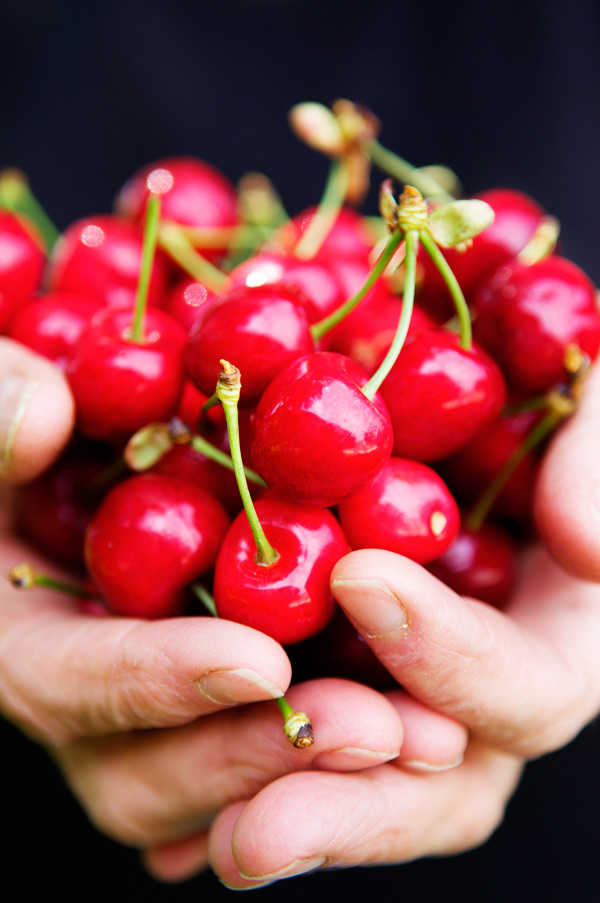 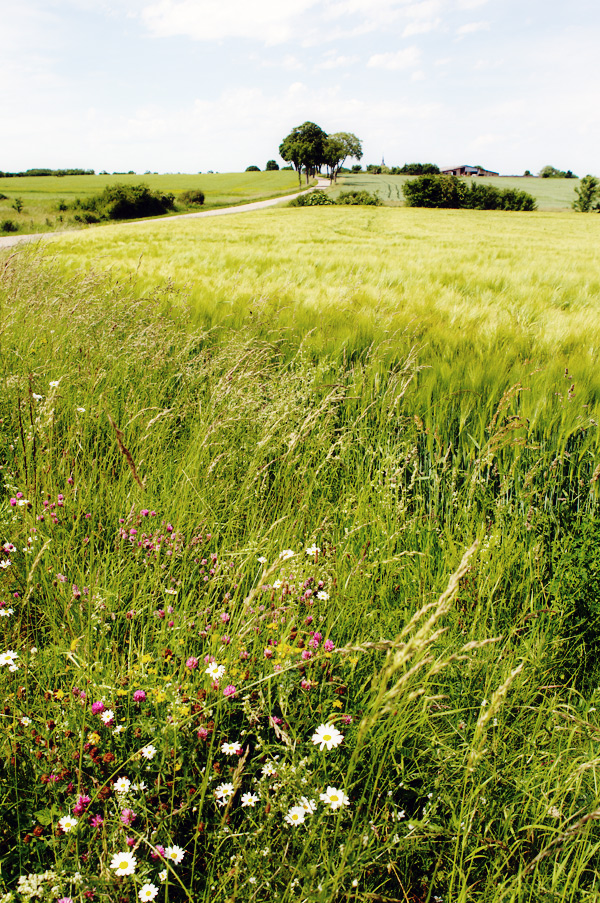 “On les cueille dans quelques jours?” I asked my father who was just walking by. (We’ll pick them in a few days?) He’d admonished me for stealing some that he assured me were not yet ripe. “Tu vas avoir mal au ventre,” he had added in a fatherly tone. (You”ll have a sore stomach)

Did I care? Fresh cherries are a weakness. Cherries picked right from the tree are a necessity. I was glad to be there at this time of year, even if the season started late. 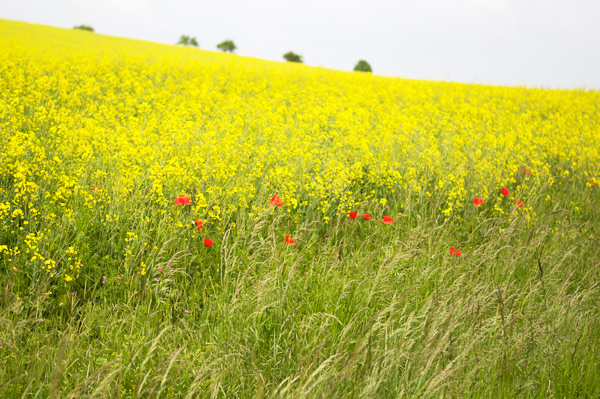 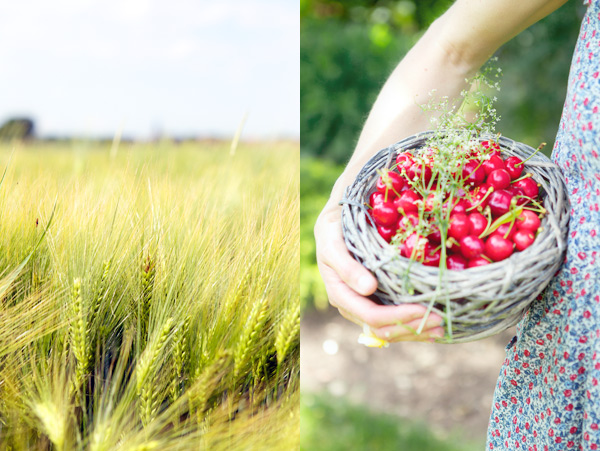 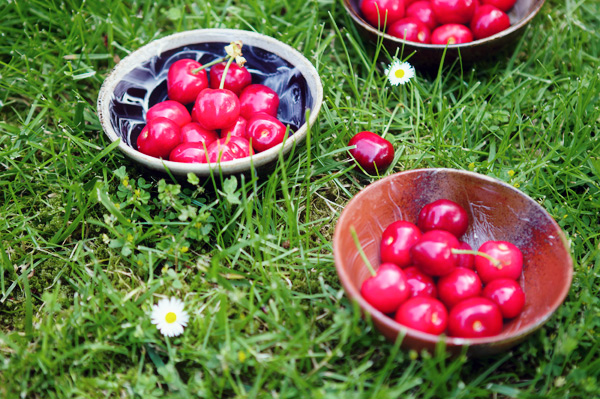 The next day, my father pulled the ladder up against the tree and started to work. After one hour, we had a few buckets filled with beautiful fruit.

Lulu who was watching from a distance was running around with excitement, walking back and forth between us to feed us with cherries. My father picked her up and carried her closer to the tree. “Prends une cerise,” he whispered, prompting her to pick a few cherries herself. She was hesitant at first but then extended her arm to reach for the fruit. I was watching the scene. So pleased to see the proud look on her face as she was drawing a bright red cherry to her lips. 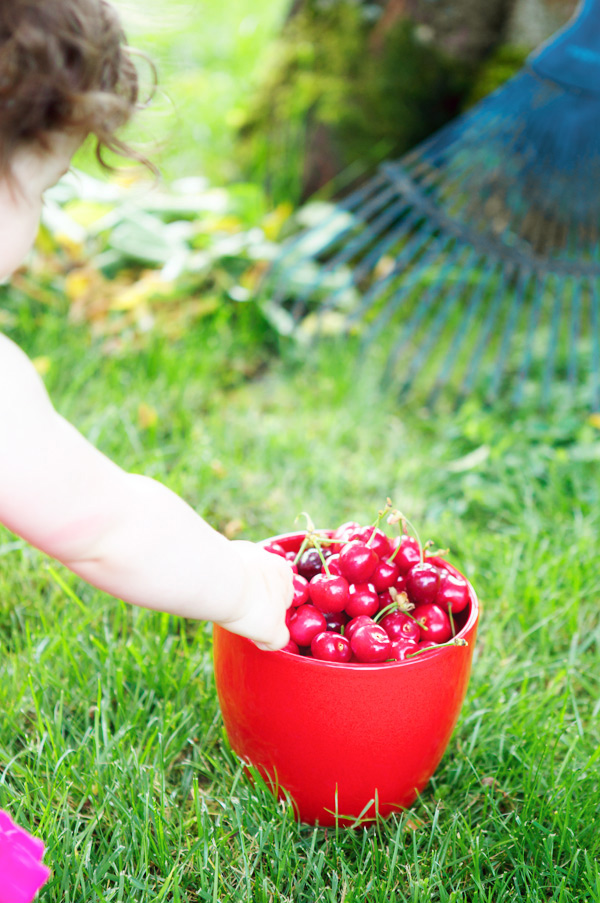 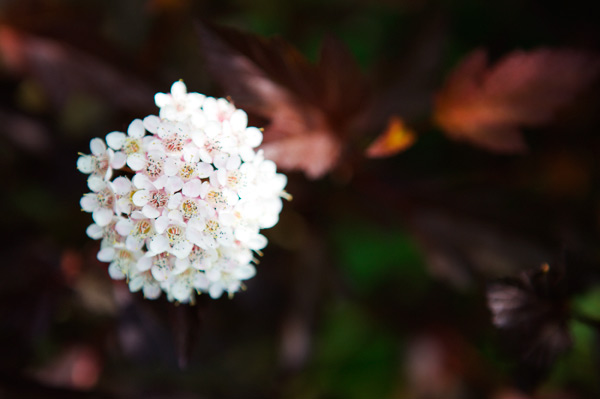 It wasn’t necessary to ask. That night, after indulging in salads served with BBQ-ed steaks of deer, we ate cherries baked in a flan made of almond, eggs, sugar, butter and cream. It was a delicious dessert extremely simple and quick to prepare, ideal to seal the evening meal we enjoyed outside as we sat with our feet brushing the grass. 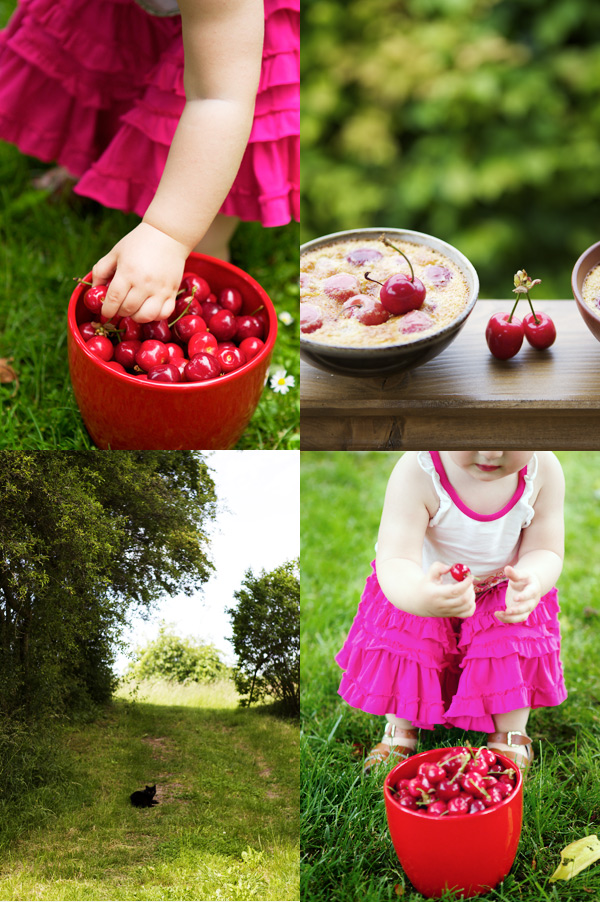 Ah the first cherries of the season! 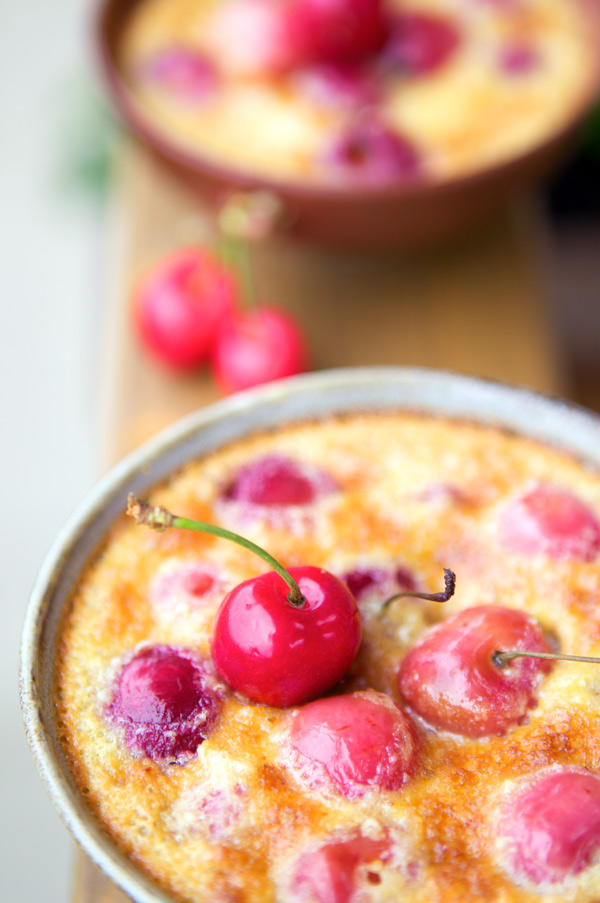