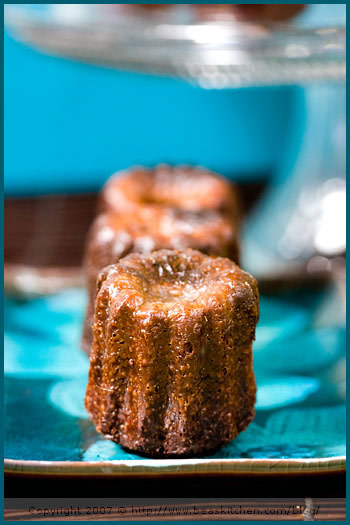 There are foods that remind us of places and people. This is at least how it works for me. Whenever I think about cannelés, I cannot help but have my head filled with images of my times spent in New Zealand, when I lived there. Amongst the few houses where I lived in Wellington — at least ten — there was this special one in Thorndon where I spent one amazing year in the company of two people who became best friends. It is actually funny to remember how it all happened. I was teaching French at the Alliance française where I met S., one of my students. S. was most probably the shortest of the class, but also the most talkative and liveliest of my students. The laziest one too. I think that if she could have paid someone to inject in her a special formula so that she speaks fluently French, she would have done it. “Ca n’arrive pas par l’opération du Saint Esprit”, I used to tell her (It does not happen thanks to the Holy Spirit) but it did not matter. I loved to have her in class. She loved to talk: in class, outside class, making everyone laugh at the tricks she loved to play. One day, as she knew that I was about to leave my apartment and had not much of an idea as to where I was going to live next, she invited me out for a drink. “To talk”, she added. She got to the point quickly and suggested that I come and live with her and her soon-to-be husband. “Pardon ?” I replied. “Are you sure K. will be OK with this? I mean, did you ask him?” “No I didn’t,” she answered back “but this is not a problem, I know he will not mind”, she added. I guess if she thought so. So here I was, moving in to live with a lively kiwi girl and her quieter English boyfriend in a big Victorian house, typical of Wellington. And we had fun! Part of the fun of living together was actually spending hours talking and drinking tea in the kitchen, making plans about life, or thinking and talking about food. I was often begged to prepare crème brûlée since S. had a strong weakness for them. A real strong one! She could eat so many in one go that I was literally fascinated by it! “Comment tu fais ?”, I asked her often (how do you do it?) Until the day when for the first time, she and I discovered cannelés , bought at the Bordeaux bakery downtown. From then on, cannelés became our favorite sweet treat weakness.

When I decided to prepare cannelés yesterday, I of course thought about S. It is odd in this way, but S. will always be on my mind whenever I bake cannelés. C’est comme cela. I chose to change the traditional flavors however, and instead of the vanilla typically used, I flavored them with cardamom , ginger and chocolate. They turned even browner of course. 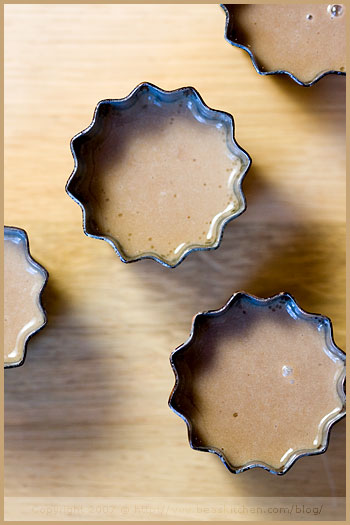 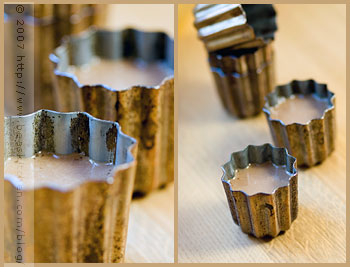 What do you need to know about cannelés? Funky shape? Never heard about them? Did you ever eat one before?

There are a few things to know. Cannelés are a delicate sweet treat from the South-West French city of Bordeaux. A cannelé batter resembles a lot a crêpe batter: vanilla-flavored milk is mixed with eggs, flour, sugar and a little bit of butter. Cannelés are baked in cone-shaped copper molds* and are traditionally flavored with vanilla and rum. Because they are baked in a hot oven, they develop a crunchy dark caramelized crust on the outside, keeping in contrast a moist, soft and delicate texture inside. To achieve the best results, it is really advised to let the cannelé batter rest for a minimum of a night before baking them. It is a fact that copper molds are more expensive than silicone ones, but I personally think that they are really worth the investment, having tried both. I also tend to believe these sweet small cakes are better eaten at least a few hours after they are freshly baked from the oven, although this is surely only a question of taste.

I usually can resist many foods, even when they are very tempting and I am terribly tempted, but I cannot resist a cannelé. They are the ideal sweet snack size, enough to give you a sweet flavor without being overwhelming. After one, you always think of maybe having a second. They are perfect at breakfast, after lunch or as a snack during the day. One, two, three, how many could you eat? With S., they were good twenty hours a day, seven days a week, three hundred and sixty five days a year. Tout le temps ! She always found good excuses to stop by the Bordeaux bakery on her way back home. I really ate many cannelés while living in Wellington.

Although I would never have been able to beat her. S. really loves cannelés, even more than crème brûlée , and that is saying a lot.

* You can buy the cannelé molds on Amazon. 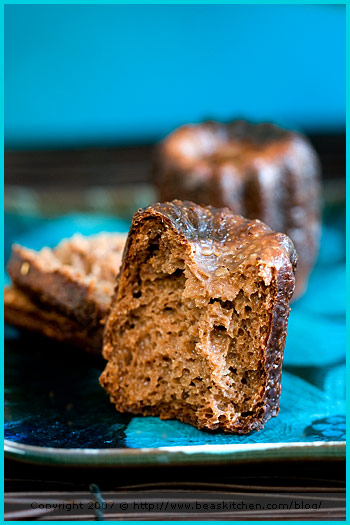 Note: I find that they are nicer to eat a few hours after they are made, or even the following day. Question of taste. They keep well for a few days. 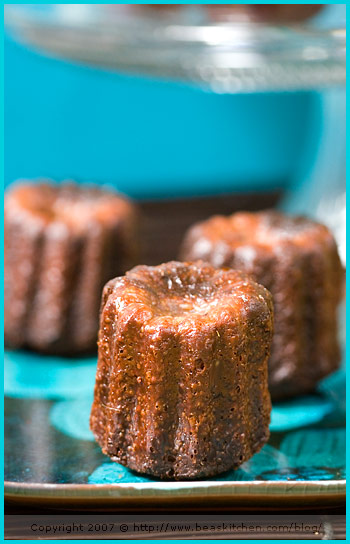