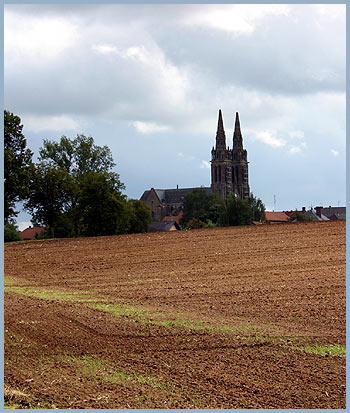 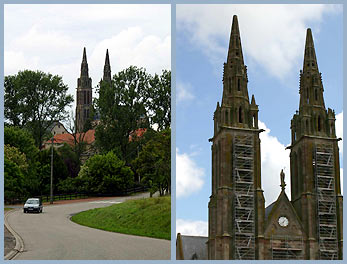 The village of Munster and its Collegiate Church

You will think that this is a pretty common scene in rural France, and you might be right. There is nothing extraordinary about seeing the steeple of a church pointing in the distance since almost every French village has one. Even my home village with its mere 600 people.

Yet, lost in the middle of rural Moselle in the North-Eastern part of France, this church stands as different compared to its neighboring sisters. Not even only a church, but rather a collegiate church. In fact, on top of having an appealing history, it can be seen on every single bottle of Lorina Limonade, which before being called so was once called Limonade Geyer Frères.

You might have been lucky to find this type of limonade here in the US, or in other countries. Although it is not necessarily easily found everywhere — you find it at WholeFoods in the US — I read that 36% of the company’s sales comes from Exportations. While growing up, this drink was just special to my brother and I. Any time we had it on the table, it felt as it were un jour de fête (festive day). If we were allowed to drink de la limonade au déjeuner (drink limonade at lunch), then our mum must have been happy with us! It was a treat! 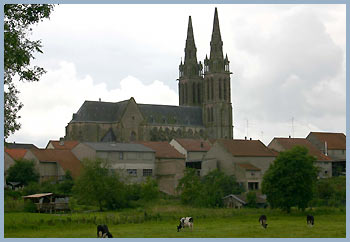 It is nice for me to talk about food specialities and products that come from my area, this time even more as it all happened only a few kimoleters from home.

If you drive five kilometers in any direction away from Albestroff, my home village, you can always find another neighboring village, similar yet so different in its culture and people. It is an interesting thing to notice that no matter how small a village is, les villageois develop a strong sense of indentity and belonging. I remember growing up and talking about my friends from other villages as “il vient d’Insming, ça explique tout !” (He comes from Insming, it explains it all!) Rivalries between the different villages were common, as if it were simply human nature to behave like this. The village of Munster was no exception. In fact, it was even more different and proud — and for good reasons — because of two treasures it keeps: its magnificent 13th century collegiate church and its limonaderie (lemonade brewery).

Let me clarify here in case you might be confused. I am not referring to Munster as in Munster the cheese (the village where the cheese comes from is in Alsace) but Munster in Lorraine. You see, even in France is it possible to find villages or towns bearing the same name. Cela arrive ! (It happens!) 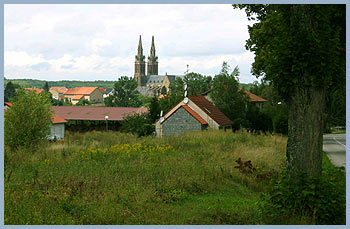 The link that exists between the collegiate church and the limonaderie Geyer is pretty simple. The two Geyer brothers designed limonade glass bottles with an engraved drawing of the collégiale on each, as a way to show where the limonade was coming from. Because Munster is really known for its amazing church. In such a small village, it is simply impossible not to notice it. It dominates the whole area.

Imagine two great spikes dominating the whole surrounding countryside, as they stand at 240 feet high (73 meters). The work to build the church, la collégiale St Nicolas de Munster, was started in 1250 in Munster, under the initiative of Merbode and rural chanoines. While the choir was completed in 1292, the transept was only finished in 1337. Different periods in history marked difficult times, when the church was first savaged during the Thirty Years War, then burnt by the Swedes in 1637. In 1771, it was restored for the first time, in 1859 for the second time. Inside, you can discover beautiful polychrom stone statues dating back from the 14th and 15th centuries along with sculpted arches of pure beauty. Do you remember the terrible storm that ocurred in France in 1999? It was so severe that it actually caused damage to this gigantic monument. Since then, the church has been undergoing renovations, as seen on the first pictures. But what I particularly like is this part of its history. Did you know that an exact copy of this church exists in Denver, Colorado in the US? It was built under the initiative of Nicholas C. Matz, appointed bishop of Denver, but who was simply born in Munster in 1850. And this is how the story of a church links two places so far away, yet so close: Munster in the North-East of France and Denver in the West of the US. 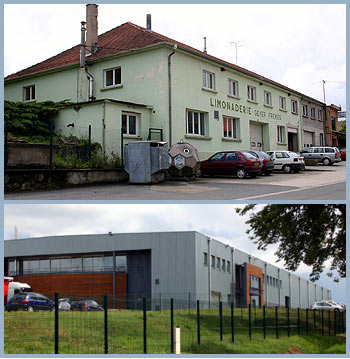 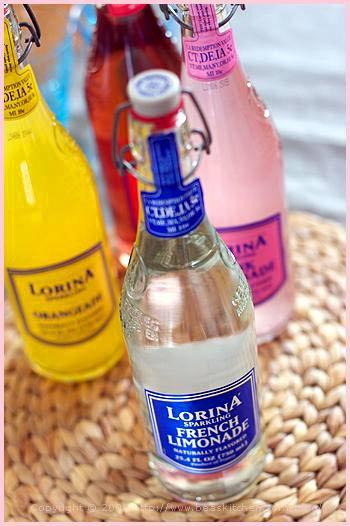 What is so special about this limonade then?

In fact, do not expect to get a lemonade if you ask for une limonade in French.

Yes that is right!

Do you get that?

And, une limonade is rather something similar to Sprite in France. Confused yet? In other words, une limonade will be sparkling! Pétillante! But so much nicer than a Sprite! Well-balanced, sparkling and not too sweet. My brother and I always found that the limonade Geyer was more sparkling than other limonades we would drink! In fact, we always asked my mum to buy this one as opposed to other possible brands. Parce qu’elle était plus pétillante (because it was more sparkling). I will spare you the reason why we thought we thought it was fun, but if you have imagination, you can surely guess. And so, I thought this would be good information to keep in mind, should you travel to France one day, or should anyone come to the US. Because, as a French person living in the US, I was also surprised the first time I ordered a lemonade. I was expecting something similar to une limonade, but instead, I got un citron pressé. Language tricked me. In linguistics, this is what we call a false-friend (un faux ami).

While I really like limonade — I should add that I only discovered the new Lorina flavors overseas as the most common one in France is the plain one — I actually love what we call lemonade here in the US. I find this drink very refreshing to have in the summer, and year round. It is easy to prepare and keeps well in the fridge, to be enjoyed during the course of summery days. Just on time before we say good bye to summer for good. 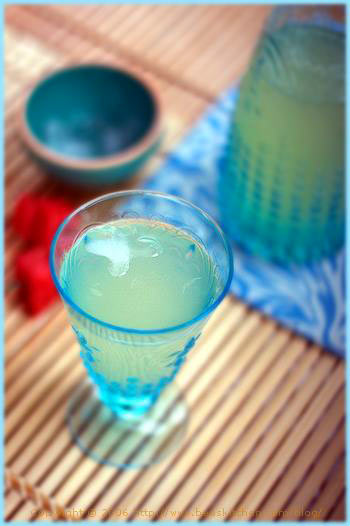 I am no expert into making limonade, so instead, I thought of presenting the recipe of one of my favorite non-alcoholic summer drinks here in the US. Lemonade and not limonade. I think I am still confused once in a while. 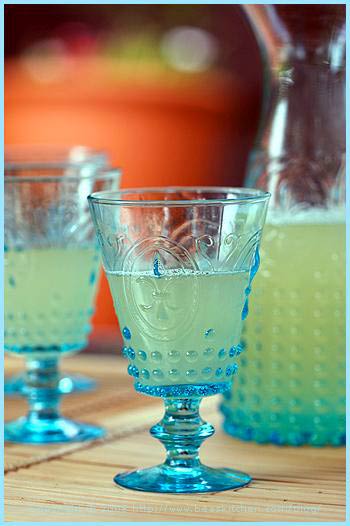 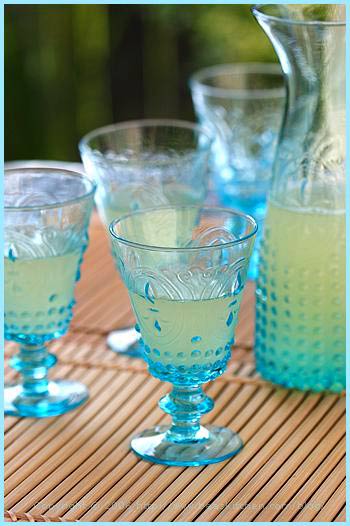 Thanks to my dad for taking shots of the church for me!